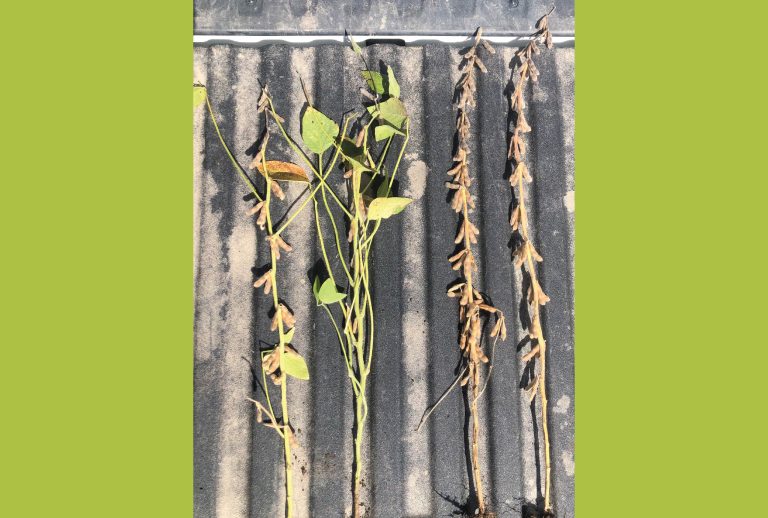 The past three weeks have allowed for rapid progress on soybean harvest in many areas of the Midwest.  While soybean yields have been variable based on the conditions experienced through the growing season, one frequent inquiry has been around the observation of green stem syndrome.  This has been especially true on more water-limited acres within fields.  We hope to provide some insight into why you may be experiencing this phenomenon in your fields this year.

What Causes Green Stem and Green Leaf Retention in Soybeans?

A quick search will reveal multiple potential causes of green stems – plant viruses, late-season insect feeding, fungicide utilization, potassium deficiency, and drought just to name a few.  However, if we look to find the link that all of these have in common, we will uncover that the likely mechanism is a source to sink imbalance.  Such an imbalance occurs when we have a greater proportion of sucrose (carbohydrate from photosynthesis) or sugars in the stem than we have capacity of pods to transport those sugars into. In turn, the sugars remain in the stem and leaves beyond maturity leading to green stems and retention of green leaves after maturity.

Where and Why is it Prevalent in Soybean Fields This Year?

One consistent observation has been the presence of green stems on those acres that tend to be more drought-prone or water-limited in nature.  In the photo from Champaign County, Illinois taken earlier this month, the two soybeans on the left were pulled from a water-limited environment and the two plants on the right were pulled from a saturated environment in the same field.  Two clear observations stand out:

1) The difference in plant appearance at maturity

2) The number of pods per plant in each scenario

For several geographies this season, dry weather persisted well into July.  The impact on early growth, especially on the water-limited acres, set us up for fewer nodes and ultimately less pod set per plant.  In this scenario, rainfall increased in August, allowing for some late soybean growth and sugar accumulation, but did not correct the lack of pod set.  That weather scenario left an imbalance of source (sugar) to sink (pods), and very likely led to the green stems at maturity.

What Could Be Done Differently?

At Advanced Agrilytics, our mission is to manage each sub-field environment to its specific needs.  One tactic we implement at the beginning of the season is variable rate seeding.  In soybeans, at a sub-field level, we know that acres with more water availability promote more growth in the form of nodes per plant.  The potential yield is higher on these acres because of that node increase.  Water-limited acres within your fields inherently put on fewer nodes per plant.  We all have these acres in our fields.  To make up for fewer nodes per plant, we often make the decision to increase seeding rate.  Ultimately, the goal is to achieve a similar number of nodes per acre on the water-limited scenario, leading to greater consistency across the whole field.  In the Champaign County example referenced by the photo, increasing population certainly wouldn’t completely remove the risk of green stems, however, knowing we have fewer nodes and pods per plant, we would much rather have more plants with few pods than less plants with few pods.

If you’re looking for other tactics to implement to mitigate risk and maximize productivity and potential return on your acres, reach out to a member of our team today. 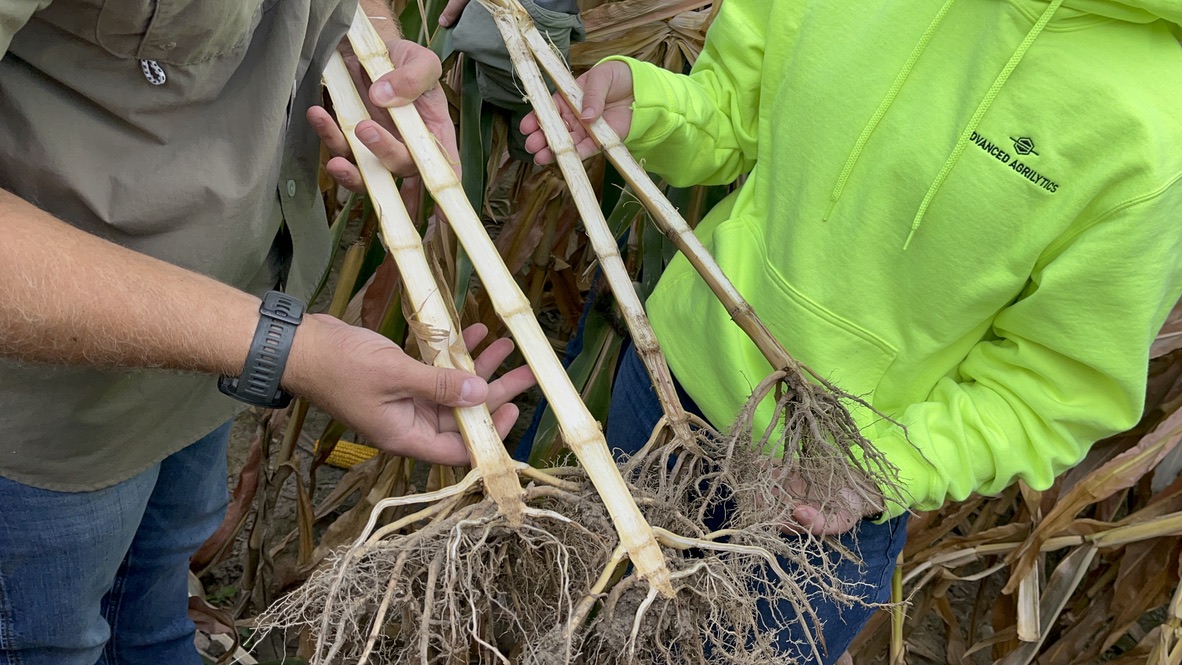 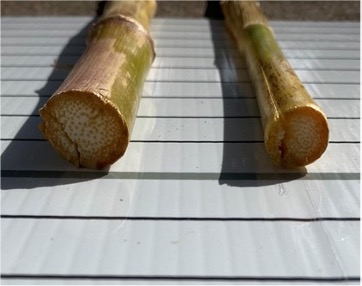 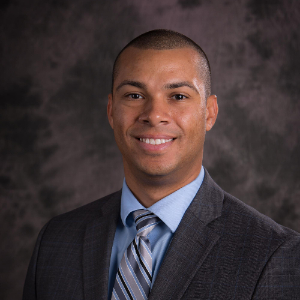